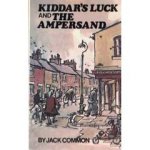 Revolt Against an Age of Plenty. Strong Words, 1980 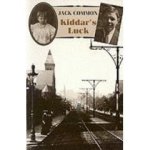 Common Words and the Wandering Star by Keith Armstrong

In this unique book, Keith Armstrong assesses the life and work of Newcastle born writer Jack Common, in the light of the massive social, economic and cultural changes which have affected the North East of England and wider society, through the period of Common’s life and afterwards. He seeks to point out the relevance of Common to the present day in terms of his ideas about class, community and the individual and in the light of Common’s sense of rebelliousness influenced by a process of grassroots education and self improvement.

“Keith Armstrong has used the available archives and published materials, including Common’s own works as well as those of commentators, to write this biography. He also conducted interviews with a variety of respondents, including some of Common’s family and close friends, and draws on this original material throughout. He has thus assembled an important body of original material which will be of considerable interest to readers.” Professor Mike Fleming

“Keith Armstrong’s study of Jack Common is a major contribution to contemporary studies in English literature. Using sociological perspectives in his approach to biography, Armstrong not only reveals much about Jack Common the writer but shows, too, how Common’s work helped him reshape both his and our understanding of the circumstances of his life and of his generation. Through biography, Armstrong has provided a vivid picture of social and cultural change in British society. This is a well-informed book with many innovative characteristics, including the author’s use of poetry as a way of exploring Common’s creativity.” Professor Bill Williamson